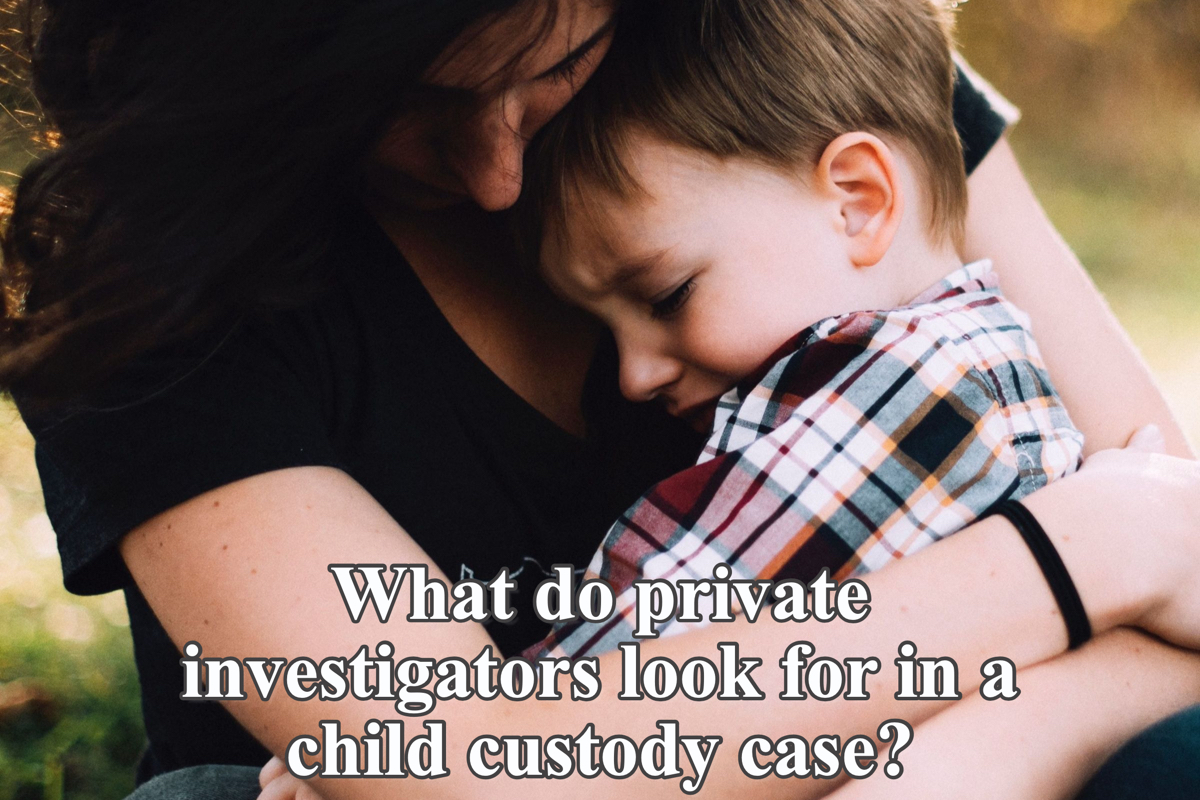 What do private investigators look for
in a child custody case?

Private investigators gather evidence. That’s their sole purpose in working in a child custody case. When one parent disputes the actions of another parent as it pertains to their child, they will often look to the courts to modify any custody agreements that are in effect.

One parent may feel their child is in some sort of danger, either physically or mentally, and they wish to change the amount of time the other parent has custody of the child. They may also have learned that the other parent is neglecting their child. In some cases, the other parent becomes romantically involved with someone who is of poor character, or even criminal in nature. All these things are worrying to a parent who has to hand their child over to the other parent for extended periods of time.

What do private investigators actually look for?

Abuse – it’s an unfortunate reality that some parents abuse their children. This type of cowardly abuse affects a child for the rest of their life. Sometimes the only way to stop this kind of bullying abuse is to get the courts and the authorities involved. This is where private investigators come in. They will observe, document and record the state of the child while they are conducting an investigation. If they see signs of abuse they will report it immediately.

Neglect – some parents simply don’t want to take care of their kids. They fight to get time with their kids only to dump them with grandparents, or in some extreme cases leave them completely alone. What do private investigators do in a case like this? They make sure that the children are safe and report the neglect to the courts.

Mistreatment – while this might not quite be abuse, parents who yell and push their kids are considered to be mistreating them. Where possible private investigators will obtain video evidence of this mistreatment and will often interview neighbors and teachers to see whether they can provide any insight. What can private investigators do if they see excessive mistreatment? They can call the authorities to report the abuser and then testify in court against them.

Welfare – what do private investigators do about the general welfare of a child? They can retrieve trash from a trash can to examine the types of meals the children are having, or whether excessive alcohol is being consumed in the house where the children are staying.

Scroll to top
Title
No Title
Description
No Description