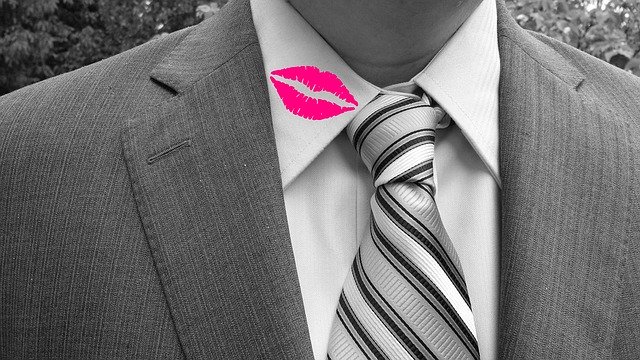 Here’s a quick reference to points in the post:

To save this word, you’ll need to log in.

1: one who cheats: such as
a: one who violates rules dishonestly a cheater at cardstax cheatersThat presumably includes pitchers who suspect they’ve given up home runs to players who cheat and batters who suspect they’re being outhit by cheaters.— Chris Jenkins… if the tests use the same questions day after day for months, they are much more vulnerable to cheaters who can memorize the questions.— Douglas Frantz
b: onewho is sexually unfaithful Her boyfriend turned out to be a cheater and a liar.Although Bartolomeo, 36, has written another tale of infidelity, the unfaithful here is our narrator, Diana Campanella. A woman. All the cheatersin this book are women—and none of the men are evil.— Valerie Franke

For our purposes, we will go with (b) – one who is sexually unfaithful.

If you think your mate is cheating, you should be very careful how you proceed. If you are like most people in this situation, you will have pre-conceived notions about how you should approach the situation. Most of these notions will be incorrect.

You suspect something is wrong and you immediately think, “They must be cheating!”.

It’s at this point most people do the one wrong thing that could cause harm to the relationship and could even cost money if a divorce is on the horizon.

So – what’s this wrong thing? Well, here it is:

YOU SHOULD NOT CONFRONT A CHEATER

(until you have solid evidence and facts to support your claim)

And here are the 5 reasons why:

Reason 1 – Do you honestly expect them to be truthful with you?

If they were going to admit anything to you, they’d have told you about the affair while it was happening.

Now, your cheater is well versed in the use of deceit and fraud because they’ve been carrying on this affair behind your back and without your knowledge. They have no intention of “coming clean” nor will they share any of their experiences.

Don’t fool yourself into thinking, “Well, he wouldn’t dare lie to me!” or “She would never lie to my face”.

Face fact – they’ve been lying to you all along. What makes you think they’ll change their colors now? The truth is, they won’t. They’ll deny it till they are blue in the face. Just ask the hundreds of jilted spouses we’ve dealt with over the years.

Reason 2 – You won’t have all the facts

Because this is an emotional event you won’t be thinking straight. You might have found a telephone number on a piece of paper – you might even have seen lipstick on his shirt collar.

Perhaps she came home with a smell of man’s cologne in her hair.

None of these things are proof. If you confront your cheater armed with only a few circumstancial clues, they’ll lie their way out of them. They’ll lie just to see how much you really know and then when they realise how much you DON’T know you’ll be letting them prepare for the 3rd reason below.

When your cheater finds out how little you know, they’ll know what they need to do to cover up the affair. They’ll know how they were almost caught and will find new ways to communicate with their lover.

Reason 4 – They’ll cause you to blame yourself

When the cheater realizes you don’t have actual proof, they’ll turn on you. They’ll accuse you of mistrusting them and not loving them enough to trust them.

They’ll make you feel like you’ve invaded their privacy and they’ll act hurt. It’s all a show to buy them time to figure out how to cover the whole thing up.

You will start to agree with them, mainly because you want to love them, and you want to stay committed to them. They’ll use your love against you, by accusing you of attacking them, and making life more difficult.

Most likely, they’ll use this confrontation as an excuse to leave the house  – to “clear my mind” or ” I need some time alone” when in reality, they’re leaving to go call their lover to warn them that trouble is on the horizon.

Even worse – they’re probably going to use the confrontation as an excuse to go spend time with their lover.

Reason 5 – You’ll make it twice as hard to catch them in the act.

Now that you’ve confronted them and they’ve denied everything and made you feel like you’re the one to blame, they’ll run off and continue the affair the same way they always did.

Sure, they may quit for a week or two, but they’ll use this time to plot and plan a way to go ahead with the affair behind your back. You’ve already shown your hand so they know exactly what NOT to do.

They’ll be on the lookout for people following them, and they’ll be watching your every move and emotion to see if you’re possibly on to something.

Reason 6 – You might not be ready to find out the truth.

There’s a 1% chance that your partner will admit to having an affair. While it’s extremely rare, it just might happen to you. But you need to have a plan. Choose the time and place carefully so you can discuss the affair at length without interruption.

Then ask them some pointed questions about the affair: why they did it, how it started, how long it’s been going on, how they feel about the other person, what they intends to do now that you know.

Listen carefully to the answers so you can accurately assess the situation. Then you’ll be able to make a wise decision about what course of action to take. Do not confront your partner without actual solid proof of the infidelity. To do so will be a colossal waste of time.

If they admit it, they’ll defend it – saying they’re in love and it’s time to move on. Will you be truly ready emotionally and financially for this to happen?

You’ll have to scramble to get an attorney, and hope there’s some money left in the checking account when you do. Most likely, you’ll be left high and dry.

So, as you can see, the idea of confronting a cheater with your suspicions might not be the best move to make.

You need to make sure you have all the facts before you proceed with any decisions. In fact, any decisions should only be based on facts. Only when you have the true facts in front of you can you make rational decisions.

Confronting your spouse to confirm your suspicions is a huge mistake. It never works.

But you need to have a plan. Choose the time and place carefully so you can discuss the affair at length without interruption. Do not ask your mate if they’re cheating. Cheaters lie.

Why hire a private investigator for cheating spouse cases

Why Someone Cheats On Their Spouse: Atlanta, GA.

Two women come face to face with a cheater

Should I hire a private investigator?
Scroll to top
Title
No Title
Description
No Description