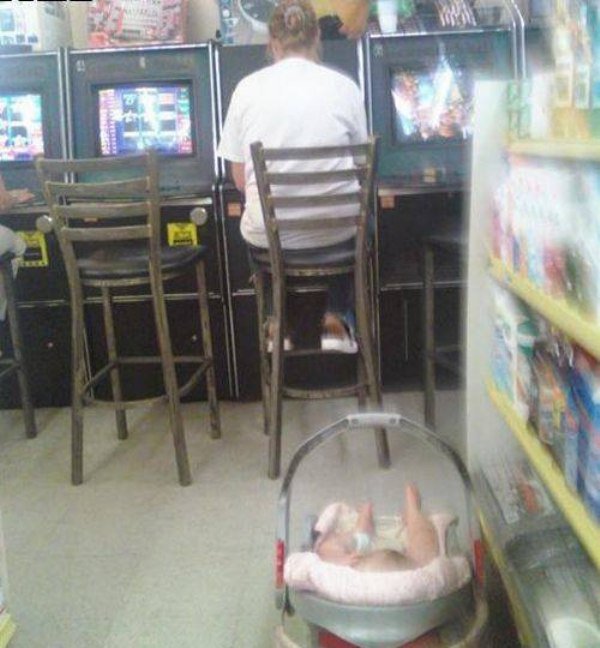 A mother loses custody of her child

Are you a mother? How can a mother lose custody of her child? Could you ever imagine a situation where you lose custody of your children? It happens, and here’s one true story to show you how. This is very common among our client base so please don’t think it could never happen to you. The mother in this story loses her child custody battle for a number unlikely reasons.

Some time ago, we were hired by “Betty” (not her real name). Betty had her two children living with her in her house and they were happy. She was divorced for over a year and was rebuilding her life with her children. The courts had awarded her primary custody of her children.

Every other weekend their dad would come and pick them up and every Wednesday night he’d take them out for dinner.

Life continued like this until the dad decided he wanted to move to another state and take the children with him.

So, the father filed a custody modification action and accused Betty of being an alcoholic and of being a neglectful mother to her children.

When he rang the doorbell one of Betty’s younger children ran to the door to see who it might be, as children often do. Betty opened the door and when she saw it was a stranger she moved her younger child behind her to put herself between her child and the (stranger) investigator. She accepted the papers without causing any incident and the private investigator went on his way.

Betty now needed to hire an attorney and she did just that.

But the private investigator lied!

In this case, when the private investigator filed his affidavit of service he added language similar to the following,

“As Betty opened the door I observed her striking her child and pushing her up against the wall in a forceful manner. I also smelled the odor of alcohol coming from Betty”.

Betty retained an attorney but in the meantime the father filed an emergency motion to remove Betty’s children from her care!

Based on the private investigator’s affidavit the motion was granted and Betty’s children were taken away to live with their father and his new wife.

It was right about this time Betty’s attorney called Eagle.

We met with Betty and discussed her case. She adamantly denied ever striking her child. Betty was (and probably still is) a devout Christian so lying wasn’t something she was comfortable with. She also admitted to us that she had drank alcohol heavily in the past but had received counseling and help to curb that. She didn’t allow alcohol in the house and didn’t drink alcohol now. More on that later…

Our impression of Betty after several hours of discussion was that she wouldn’t have hit her children. She just didn’t have that demeanor about her. But, as any good investigator will tell you, impressions need to be backed up with facts and evidence. And as experienced private investigators we know that some people can be very convincing. So it was time to get some proof.

So we video taped Betty with her kids when they were at school functions and sporting functions. (Their father would not allow Betty any access to her children other than at those times). Betty had no idea we were doing this.

We taped hours and hours of her with her kids. We video taped them laughing together. We video taped them discussing school and sports and on every occasion it was clear the children loved their mother and Betty loved them. After reviewing the hours of high definition video we obtained we concluded Betty had been telling the truth.

In terms of evidence gathering there wasn’t much else we could do. Her ex and his wife both had clean criminal histories. They were gainfully employed and lived in a nice house. Getting “dirt” on them was going to be impossible.

How Betty lost her kids

And so it came time for court and Betty and her attorney lined up her witnesses and her ex-husband lined up his.

Betty brought her sponsor from AA who testified that she had been sober. She brought neighbors, friends, relatives who all testified about what a good mother she was and that they’d never seen Betty strikes them in any way. Witness after witness stood up and vouched for Betty.

The ex-husband’s attorney called Betty to the stand to testify.

The judge in this case ruled in favor of the father and awarded the father custody of the child. The father moved out of state and took the children with him.

The judge in this matter absolutely hated the idea of alcohol. It was and is a well known fact about this judge that if you are shown to be a drinker of alcohol there’s a good likelihood that you will lose your case. Regardless of the evidence you have in your favor.

The judge in this case was also a devout church-goer. For him to hear she no longer attended church was enough for him to be sure he didn’t like her.

Because Betty had let alcohol rule a portion of her life the judge instantly took a dislike to her and took her kids away from her.

Not in this case and maybe not in any case. But life isn’t always necessarily fair.

The choices Betty had made in her life came back to haunt her. She was a good person now but she couldn’t hide or shake loose the mistakes of her past. Her past coupled with the lies of a rogue private investigator meant she now has to travel out of state to visit her children.

There’s an old saying among lawyers: “The law is in the jaw of the judge”. Judges are humans and they have likes and dislikes.

Judges are people first and judges second. They try to be impartial but it’s impossible. They have likes and dislikes just the same as you do.

This is not an unusual scenario. Your past can and will be dragged from the cobwebs and used as evidence against you.

Tips for a mother in a custody investigation

If you want to to have a no-obligation discussion with a professional, caring private investigator who can share the answer to “How can a mother lose custody of her children?”, then just call (800) 867-3930 and speak to someone who will be happy to answer any questions you have. There’s no obligation. If you are looking for an affordable licensed private investigator in Atlanta with 20 years of experience assisting individuals, attorneys and corporations feel free to contact us here. You can also view a portion of our extensive client list here, and see here what actual clients say about Eagle Investigative Services a private investigator in Atlanta, Georgia.

What is a child custody investigation?

Should I hire a private investigator for child custody?

Should I hire a private investigator for child custody?

How can a private investigator help: child custody?

Hiring a private investigator for custody

How can a private investigator help with child custody?
Scroll to top
Title
No Title
Description
No Description