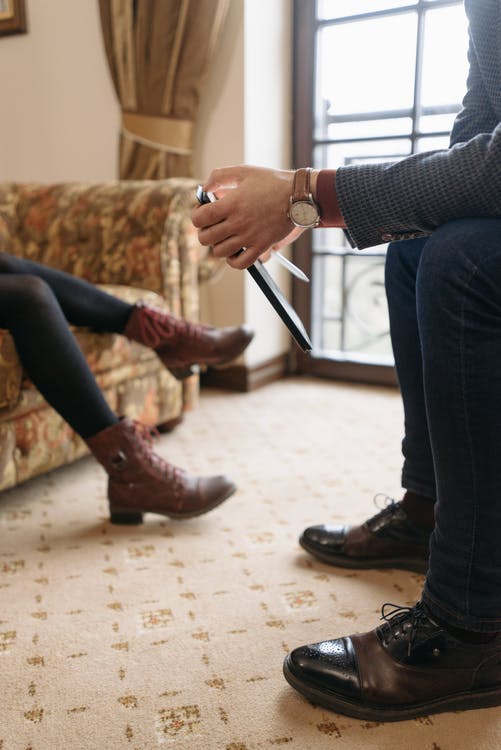 What Ted Cruz and Gwen Stefani can teach you.

Here’s a quick reference to points in the post:

Without looking it up guess who is older – Ted Cruz or Gwen Stefani? Just take a guess.

If you’re like most people you probably said Ted Cruz. The truth is he’s actually younger than Gwen Stefani the famous pop singer. No way, you say.

After all, he’s a senator and you almost always see him in a suit. He “appears” to you to be more senior than the bouncy pop star. This is an example of confirmation bias. We are all prone to confirmation bias.

According to Wikipedia, “Confirmation bias is the tendency to search for, interpret, favor, and recall information that confirms or supports one’s prior beliefs or values.” What this means is that we tend to look at things based upon our previous beliefs and/or notions. We aren’t concerned whether our belief is factually correct, we are only concerned with finding someone or something else that agrees with it.

What this means is that we hear/see information, we tend to believe it and then we seek always to find information that agrees with what we’ve decided in our minds to be true.

Many times, we are TOLD something is true and we choose to then believe it and seek out other sources to prove to ourselves we are right. What we are actually doing is looking to have our opinions reflected back to us. It make us feel good.

This is a dangerous trait to have when dealing with investigations and especially in interviews. Things aren’t always what they seem. One version of a story is never enough for this Atlanta private investigator, and a story should always be backed up with verified facts.

How is confirmation bias developed?

Confirmation bias describes the case where people seek out information and data that confirms their pre-existing ideas/notions. Almost any contrary information is ignored. This can be very detrimental to an investigative interview if not recognized quickly.

Confirmation bias is usually developed by hearing/seeing things that “go along” with your way of thinking. For example, if you are an
ardent follower of a band or band member you will tend to absorb all the good things you hear about them and tend to discard anything you see/hear that doesn’t go along with your opinion.

This is a very bad course of action. You tend to become biased without actually checking whether the opposing opinion (or the one you agree with) is factual. You just take it at face value.

Further, you only start to pay close attention to the information sources that agree with your beliefs. You will ignore anything that contradicts it. This will severely limit your ability to make a purely rational decision.

Do you suffer from confirmation bias?

Sometimes, you will take what someone SAYS as gospel. Take a look at the following scenario:

I make a statement: any card with a vowel (such as the A) must show an even number when flipped over.

Now, the question for you is:

Tell me the card(s) you need to turn over to see if I’m telling the truth.

Also what’s the minimum number of cards you have to turn over to know whether I’m being honest?

If you’re like most people, you chose the A and the 2. This is because if you turned over the A and there was an odd number there, you’d prove I was lying.

But choosing the 2 does not prove I’m lying or telling the truth. If you turn over the 2 you’ve proven that you didn’t prove anything. All you have done is confirm my statement. But, most people are biased to choose the 2.

In order to prove my statement you would need to turn over the 7. If you turn that over and there’s a vowel, then I’m lying.

How do you combat confirmation bias?

There are several different ways but one easy way is to have a standard for corroborating facts. In other words, you hear a statement/belief from a number of unconnected reliable sources then it is most likely factual.

What’s a good number of unconnected reliable sources? We recommend at least 2. In our investigations in criminal defense matters we actually have no cap on how many sources that agree and we shoot for a minimum of 4.

But, the key terms here are FACTUAL and RELIABLE.

So, witness A says an incident happened at 3:00 PM. Witness B says it happened and 3:00 PM. How do we know they’re telling the truth? Just because their statements agree doesn’t make it a fact.

Well, one way is to obtain local CCTV footage of the incident and see whether the time stamp says 3:00 PM.

Another way is to find a third witness who is not related in any way to the other two and ask them what time they think the incident happened. You might get lucky and have a witness tell you they were taking a selfie at the time and now you have an image that will have an accurate date and time stamp.

This is creating a standard for corroborating (supporting) evidence.

Witnesses also suffer from confirmation biases and want to be correct, but only if it agrees with everyone else’s version of correct. This is similar to the “wisdom of crowds” theory.

This article merely touches on the concept of confirmation bias. Confirmation bias is one of at least ten biases humans tend to have. The key is to understand your ability to fall prey to these biases and to not let any bias control your thinking.

If you’re not a licensed private investigator and haven’t been trained in private investigation interview techniques there’s a very nice set of questions developed by Daniel Dennett an American philosopher and cognitive scientist.

The following questions authored by him can assist you in guarding against confirmation bias:

1. Attempt to re-express your target’s position so clearly, vividly and fairly that your target says: “Thanks, I wish I’d thought of putting it that way.”

2. List any points of agreement (especially if they are not matters of general or widespread agreement).

3. Mention anything you have learned from your target.

4. Only then are you permitted to say so much as a word of rebuttal or criticism.

So, getting back to Ted Cruz and Gwen Stefani. While this is a very simple and innocuous example it does show just how easy it is to BELIEVE something is true when it is not in reality. Now, the easiest way to know for sure is to look up their ages on the internet, right?

You are once again falling into the confirmation bias way of thinking. If you think about it for a second, they only way to absolutely know for sure, without any doubt, without any influence is to look at their birth certificates.

The internet is loaded with false information and you already know this. Don’t become another victim of biased information. Always ask yourself whether there is more information to be gathered. Are the other opinions that oppose mine that I could learn from?

The life of a private investigator is filled with questions like this.

What can you hire a private investigator for?

What do most people hire private investigators for?

How can a private investigator help with child custody?

Are private investigators hired for internet crimes?
Scroll to top
Title
No Title
Description
No Description